What Kind of Art is Trending Now? 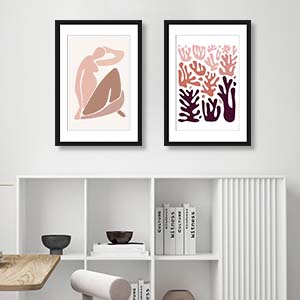 What Kind of Art is Trending Now?

Whether you are a first time buyer or a long-time collector, it is important to keep up to date with the latest art trends. There are a variety of different styles that are currently in vogue, including portraiture, street art, abstract art, and performance art.

Whether you’re looking to buy art for your home or want to decorate your business, it’s worth taking a look at the latest trends in abstract art. While this style of art continues to be one of the most popular forms of art, it is evolving into a more sophisticated, modern style. It is also being influenced by new technologies and a growing desire to communicate through symbols.

In addition to abstract paintings, prints and drawings continue to be popular art pieces. According to a survey by 1stDibs, sculptural and 3D art are expected to be the most popular styles of art in 2022. Approximately 48% of designers predict that they will increase the amount of sculpture they use each year.

A new generation of painters, all under forty, is using contemporary research to generate new patterns and designs. They are interested in the unlimited possibilities that paint can be applied to a surface.

The popularity of abstract art is largely driven by a growing interest in colour. Today’s abstract artists use a wide range of colors in their palettes.

A new generation of painters are also incorporating elements of the digital age into their work. This is not limited to computer graphics, but includes the use of video games, film and other forms of media.

The abstract paintings of Takashi Murakami often reference manga cartoons. His works are also in demand in the Western art world. He believes that art and commerce will merge.

Another abstract artist, Kathryn MacNaughton, uses acrylic paint to create complex canvases. She juxtaposes gestural lines with different colours to create an illusionistic effect. She has exhibited her work at the Saatchi Gallery, Simon Preston Gallery and Thomas Dane Gallery. She has studios in Argyll in Scotland.

Whether you’re a graffiti fan or not, you’ve probably noticed that street art is trending now. It’s no secret that it’s been popular for decades, but it’s only been in the past few years that it’s become a mainstream art form. The trend has been driven by online sales, which have made it easy for collectors to buy and sell prints. It’s also opened up new markets worldwide.

It’s no surprise that some of the most celebrated street artists are now household names. Banksy is arguably the most famous, but he’s not the only one.

Street art is an art form that is very accessible and can be found in almost every major urban area in the world. It’s often used for protest messages and to promote social change, and it’s not uncommon to see a piece of artwork addressing a serious issue in the public sphere.

Street art has a wide variety of materials and methods, and there are no rules on what’s acceptable. Some artists use mosaics, posters, video projections, and other techniques to create their works. Others use more traditional materials.

Some street artists have expanded their practice to commercial spaces. Dean Stockton, who goes by D*Face, creates work inspired by his childhood interests. He’s clearly influenced by pop artist Roy Lichtenstein, and he uses his paintings to address issues such as child trafficking.

In addition, some artists are putting their work on canvas and selling it to generate income. Other artists are creating large-scale murals that have been placed on walls in buildings, shopping malls, and other places.

Some of the most interesting pieces of street art are site-specific, and they may take on new meaning when they’re placed elsewhere. Some people even decorate grain silos on farms.

Performance art in the virtual realm

Using technology to create art has become a democratization of the artistic process. With the advent of digital technologies, artists have been able to explore new media and genres of art. Among these are the virtual and the physical. This has created an opportunity for a new generation of performance artists to showcase their talents. Some of the best are showcased in galleries, museums, and even commercial venues. Increasingly, the public is becoming more engaged with their art.

For example, there’s a new tool from Goldsmith that streams live motion capture data over the internet. This means dancers can perform collectively across the globe. In addition, they can respond to their peers virtual movement. These types of performance-enhancing technologies are redefining the relationship between artist and audience.

For instance, the Mocap Streamer uses an augmented reality interface to engage viewers. The technology works on a smartphone, allowing dancers to be avatars within generative landscapes. The result is a believable and immersive experience. In addition, the technology allows for multimodal communication, allowing dancers to respond to their virtual peers and even interact with one another in real time. The company has also partnered with the New Museum, which recently unveiled The Artist is Present, an exhibit that traces the history of performance art from its early pioneers to the present day. This exhibit also boasts a host of other high-tech innovations.

It’s no secret that technology has changed the way we live our lives. Regardless of the medium or mediums of expression, artists have always found a way to incorporate the latest and greatest. In particular, performance art is a medium that has a lot of hype.

Having been around for centuries, portraiture is a vital part of the artistic genre. This particular form of art focuses on an individual’s physical and psychological features. It can be done in a variety of mediums, from paintings to photographs.

Traditionally, portraits were commissioned by wealthy individuals. They were seen as powerful and symbolic. A good example is the life-sized mosaics of Emperor Justinian and Empress Theodora, located in the church of San Vitale in Ravenna.

Another well-known artist who experimented with this form of art was Edgar Degas. His famous portraits of ballerinas have a strong influence from photography.

One of the more impressive things about portraits is that they can be exhibited in a variety of ways. They can be in the form of a painting on a live model, or a photograph. The latter option enables a family to enjoy a portrait together while not all of them are in the picture.

The most common and simple way to achieve a portrait’s best attributes is through posing. This might include using props or decor to enhance the subject’s personality. The best part about a portrait is that it can last longer than a photograph.

As the ages of society changed, so did the role of the portrait. It was often used to highlight a person’s lineage, as monarchs were forced to bow to parliaments. It was also used to commemorate the dead.

It is no secret that the most common art genre, and the most popular, is portraiture. Although it has been targeted as a passe by contemporary art neophytes, it is still a thriving and popular genre among collectors and enthusiasts.

There are many examples of contemporary art that incorporate portraits, such as the works of Cindy Sherman. A recent crop of artists have taken a more abstract approach to their work.

Among the many famous Chinese contemporary artists, Zhou Chunya is especially renowned for his colourful, nature-based paintings. A painter of Chinese classical images, he uses brushstrokes to render the subject in oil. The brushstrokes are reminiscent of ancient Chinese landscapes, but the paintings are infused with contemporary expressions.

Zhou was born in Chongqing, Sichuan Province. He studied at the Kassel Academy of Fine Arts in Germany. He graduated in 1988. After a long period of study abroad, he returned to China and established his own art academy in Shanghai. He later became the president of the academic committee of the Chengdu Biennale.

As a student, Zhou spent his time studying Neo-Expressionism. This was a style of expressive painting championed by Anselm Kiefer, Georg Baselitz, and others. The Neo-Expressionism style favored vivid colour hues and violent gestural techniques.

Zhou’s painting style is characterized as a hybrid of Western Modernism and traditional Chinese painting. His paintings are dominated by the colour green. This colour is the symbolic colour for the artist. In addition to his “Green Dog” series, Zhou has created several other notable series of works. These include the funky green dogs, the exotic Tibet series with strong colours, and the rock and flower series. His artworks also include sex scenes in nature.

While studying in Germany, Zhou discovered Neo-Expressionism, a style of expressive painting. His works, which feature colorful, bold colour compositions, are often characterized by thick, brushy paint. He later combined this aesthetic with traditional Chinese peach blossom imagery. These works also embraced figures of opposing sexes, a nod to the newly liberal view on sexuality.

In 1990, Zhou started working on his Stone Series. In this series, he deliberately reaffirms the idea of Chinese painting. He focuses on form and colour to create paintings that are both passionate and intense.