Why Art is Important 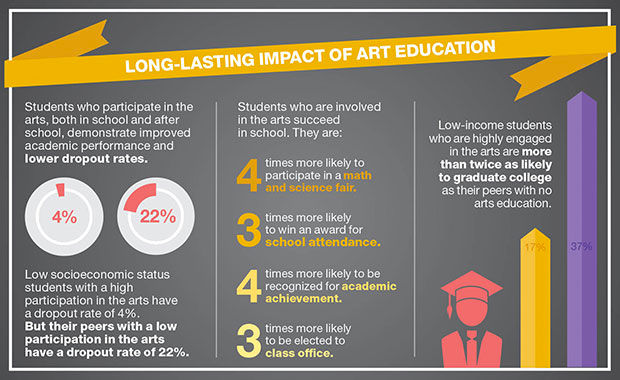 Why Art is Important

Considering art as a major part of our lives can have a positive effect on our academics and physical and mental well-being. It is a way to express ourselves and shape opinions and ideas. It can also be a form of activism and satire.

Several studies have found that arts and mental health are associated. These studies indicate that art activities can alleviate stress, improve coping skills, and build social identity. The World Health Organization has long recognized the positive benefits of the arts in health care. These include prevention and treatment of disease, and management of health conditions. Currently, the WHO’s Behavioural and Cultural Insights program is studying the effects of the arts on health.

Despite the numerous studies suggesting that arts engagement can lead to a better health, they often fail to account for a variety of possible confounding factors. These may include socio-economic status, previous life experiences, personality traits, and complex individual traits.

In addition to the aforementioned confounders, a number of studies have used convenience samples, which limit generalizability. For instance, the UK Understanding Society wave 5 study included 23,660 individuals with a mean age of 47. The study examined the relationship between arts participation and cultural attendance over time. The results show that people who participate in the arts more than once a week have a higher life satisfaction and lower psychological distress than those who participate less frequently.

It can be a means of expression

Using art as a means of expression is one of the great ideas of our age. It has been used to help combat racism and other forms of societal segregation. It has also been used to spread awareness about various social and political causes. The question is, how do we know which works are worthy of such a label?

The best way to answer that question is to understand that art takes many forms. It can be as simple as a painting or as complex as a video game. In this context, art is not only a medium for expression, it is a vehicle for spreading knowledge and generating revenue. It is also the most powerful tool in the hands of a true artist. In today’s uber-competitive market, artists are under pressure to connect with their audience.

One way to accomplish this is to make art more accessible. By creating a variety of aesthetically pleasing works, artists are able to engage in a wider range of audiences. This translates into a more diverse range of opinion and a better chance of delivering their message in a way that resonates with the masses.

Aside from its aesthetic merits, art is also a good way to make people feel. It can transport cultural practices to the far flung corners of the world, and it can be used to enlighten foreigners about a country’s unique culture. It can also provide a leveled playing field for debate and discussion.

It can be a form of activism and satire

Generally speaking, there is a correlation between art and activism. The same could be said for satire, especially when it’s used in tandem with a larger social or political agenda. In short, if a piece of art is good enough, it can inspire its audience to speak up and do something about it.

The true measure of this connection lies in the context of the two. For example, a piece of art can be used to garner the attention of a slew of aficionados and spark a conversation on a topical subject. In this light, the most important aspect of a work of art is to be able to grasp the subject matter enough to compose a compelling and convincing representation. For the most part, this can be achieved with the right amount of research, a little luck and an open mind.

While this is not to say that a work of art cannot be used as a platform for change, it should not be confused with a panacea. In fact, the most effective works of art can inspire the imagination and lead to a plethora of new ideas and discoveries. This is especially the case for an audience that is willing to put aside their preconceived notions and skepticism for a second to consider the work of art.

The best part is that these works of art are often made available to the general public for free. This in turn, increases the odds that a curious mind will stumble upon the work of art in the first place.

It can improve academic performance

Those involved in the arts have a higher rate of academic success than students who do not participate in art. Among the benefits of art are increased self-understanding, social skills, and visual learning.

In addition, art experiences help students learn to tolerate differences and view the world from a variety of viewpoints. Students who are involved in the arts develop skills in creative thinking and writing, and their reading skills improve. They are also more likely to apply for selective colleges.

In 2010, a study found that schools with high participation in the arts had higher student attendance rates. In addition, students in low-income schools, who were more involved in the arts, had better long-term outcomes than those who were not.

According to the National Endowment for the Arts, students who participate in arts programs have a higher chance of earning a bachelor’s degree. They also have a lower rate of suspensions.

Students in the arts have better performance on standardized tests and show improved literacy and math skills. Studies have also shown that visual arts production changes the way the brain is wired. These effects may be beneficial for students who are dealing with stress.